In cities across the country, many law enforcement agencies, struggling for meaning, are attempting to properly redefine their mission, vision, values and goals. In some locales such as Portland, OR, where crime is rising sharply, emergency services remain lacking, the DA’s office is 25% short of staffing levels as compared to decades ago, and public trust remains at an all time low in these institutions, security companies again face the daunting task of protecting the vulnerable and victimized.

In a recent city meeting, it was reported that 911-dispatch calls for major emergencies were taking up to fourteen-and-a-half minutes for response, almost double the national average. What are individuals to do? While emergency services are unable to save lives, especially of the most vulnerable, how are Oregonians supposed to respond?

For many, the response has been to remove themselves from areas where law enforcement no longer patrol effectively, areas such as the Chinatown, Oldtown, Pearl and Downtown neighborhoods. Cloistering in suburban areas with adequate levels of emergency services, this effect has been detrimental to community life. Moreover, the flight of Portlanders to safer areas outside the city exacerbates the already existing equity issues, specifically in the area of emergency services. As the tax base shrinks, so do revenues, funding crucial infrastructure and services necessary to fight against the systemic inequities suffered by many who lack agency and advocacy.

In early 2020, EPS had a decision to make – should we pretend to be law enforcement or take a community approach by effectively treating equity-based emergency services gaps. For EPS, the answer was simple, we chose to be allies of the downtrodden and advocates for the houseless. EPS mapped this journey in the following order.

First and foremost, EPS leadership recognized that even though security and law enforcement share some public safety goals, the primary function of law enforcement is to violate people’s civil rights for the purposes of conducting investigations. Many in the public never fully understand this primary function. Many others ask, “Why?”

To understand the “Why” one must understand that policing authority derives from the US Constitution, specifically the Executive Branch provisions which outline its abilities to perform rights violations. In most cases, these violations are lawful, unfortunately in some, such as in the senseless murder of George Floyd by the disgraced and convicited Derek Chauvin, the Police violations are unlawful, illegal and unconstitutional.

Moreover, as the job of law enforcement remains primarily focused on this function, rights violations, their job tasks will continually remain escalatory in nature. Think about it, anytime someone is pulled over for “hitting the fog line” that resulting stop is a 5th Amendment violation, albeit lawful. And, everytime the Police pull over a vehicle they escalate the driver. This escalation is a result of a direct violation of their natural rights as a person of intrinsic worth. This forced escalation is especially burdensome for BIPOC community members who have suffered under systemic injustice perpetrated by law enforcement from generation to generation.

For this reason, EPS chose to completely divert away from this “legacy security model” whereby agencies primarily focus on hiring members of law enforcement, placing prior police in leadership roles, and focusing heavily on “law enforcement” training systems- all of which work to perpetuate a failing model. Let’s be clear – security should never act like the police.

Knowing this, EPS chose to adopt a civil rights organization business model, one that acted like a philanthropic outreach service to the houseless, underrepresented, and downtrodden on behalf of the business community.

I credit this missional decision to several aspects of my life. First, I chose to reject failing legacy models of security for an innovative community approach as a result of my time a a  houseless child and adult. During my early childhood years, I went through several periods of houselessness, which resulted in my separation from my siblings, during which my brother was adopted and my sister emancipated at a young age. For those who have never experienced houslessness, the traumatizing effects are very real. Sleeping in vehicles and shelters creates in the sufferer a loss of agency and self-worth. As a friend of mine, Christopher, who was houseless for 7-years in Portland, quite often says, “Being homeless causes PTSD.” EPS understands this dynamic and utilizes trauma-informed best practices to build healthy, unifying and ally-based relationships with the houseless community, by being a friend, counselor, caretaker and resource for good, services and sheltering.

Second, the decision to operate EPS as a civil rights minded organization resulted out of my years of advocacy and allyship with the houseless population of Houston, TX. In my 20’s, after serving in East Africa as part of an irrigation project, I came back to Houston saddened by the rise of houselessness. This led to my mentoring Houston’s houseless youth community through Covenant House Ministries & Rights of Passage, Houston. It also led to my involvement with Star of Hope Mission, Last Chance Recovery Center, Harbor Church and Mission Houston, the latter of which I was a board member and employee. There were many sleepless nights hosting 12-step recovery programs, assisting male sex workers with laundry and feeding and meeting with folks on the street. Understanding the security comes through community and community through relationships, EPS Team Members work tirelessly to assist the houseless in advocacy and peer support.

Third, I credit the decision to adopt a socially-minded mission to my tutelage under the teaching and mentoring staff of Lewis and Clark College Graduate School of Education and Counseling where I earned a Master’s Degree in a program that emphasized social justice and critical theory. During this degree path, I wrote a children’s book on the racial injustice suffered by Sam Cooke, the founder of Soul Music and writer of civil right’s anthem, “Change Gonna Come”. This training made me forever understand that no matter how legitimate power-structures may appear, beneath the service lies the unruly power to violate the civil rights of the innocent. For this reason, EPS operates as a philanthropic hand on behalf of Portland’s asset holders to the unsheltered and victimized. EPS achieves this goal by assisting victims of crimes, victims of hate crimes, victims of systemic inequities receive the resources, services, goods and attention they rightfully deserve. To assist in this outreach, EPS Team Members offer direct street relief to the unsheltered, tent-by-tent, home-by-home.

Fourth, I also credit my decision to operate with an “Outreach First Mindest” from my training and service in the US Army Chaplain Corps. In the Chaplain Corps, as a benefit from previous Geneva Conventions, members are prohibited from carrying firearms. Yes, no firearms. This training was critical in understanding that running into harm’s way to save the life of the wounded, whether literally or figuratively, does not necessitate the use of offensive force. In fact, in many cases the preservation of life, which I consider a precious gift, should precede the defense of property or self. From the Chaplain Corps I adopted this principle which is embodied in the ethos: honor the fallen, care for the wounded and nurture the living, ideals I instill into all EPS Team Members. EPS embraces this ethos by providing EMT street medical response. In the past three months, EPS Team Members have saved the lives of over 8 persons overdosing on narcotics.

Lastly, I chose to adopt a civil rights advocacy footing because at the end of the day nothing matters more than life. A lesson I learned from the recent passing of my brother. Having been separated from my brother at a young age we lost years of interaction. Today, I cherish every memory of our time together. His smile, his laugh and warmth reminds me that every life is precious. For this reason, I decided that as a company EPS Team Members will treat the life of the underrepresented, overlooked, undervalued with the respect afforded to this ideal. Every life is precious and EPS will protect you! 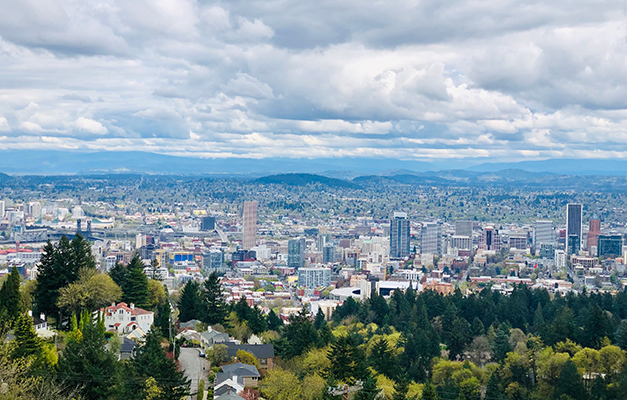 PORTLAND OREGON – THE NEW DEADWOOD: WHAT TO DO?

PORTLAND OREGON – THE NEW DEADWOOD: WHAT TO DO? Operation Deadwood: Deadwood is a town in South Dakota made famous for its outlaw history. Deadwood 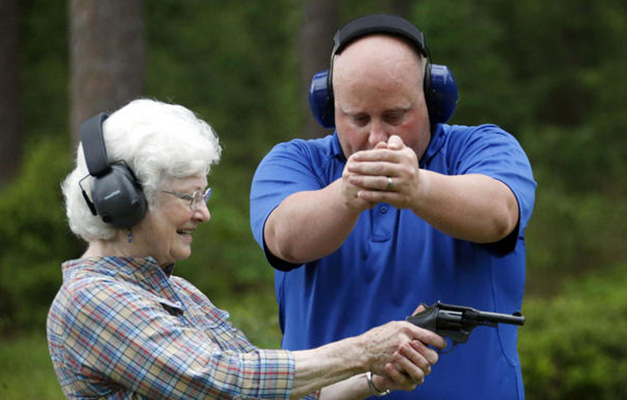 A Moderate Position on Measure 114. On Oregon’s November election ballot there will be a referendum limiting both the ownership of firearms and the sale 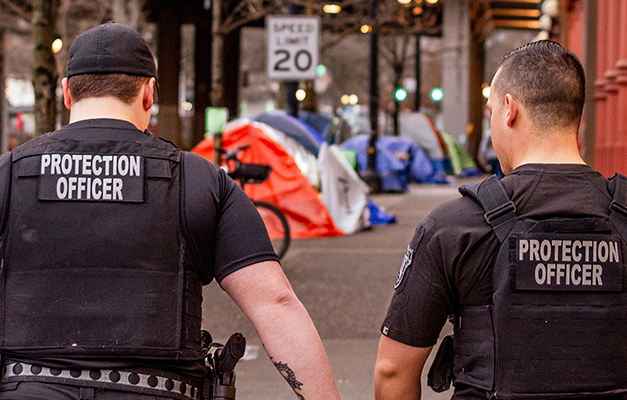 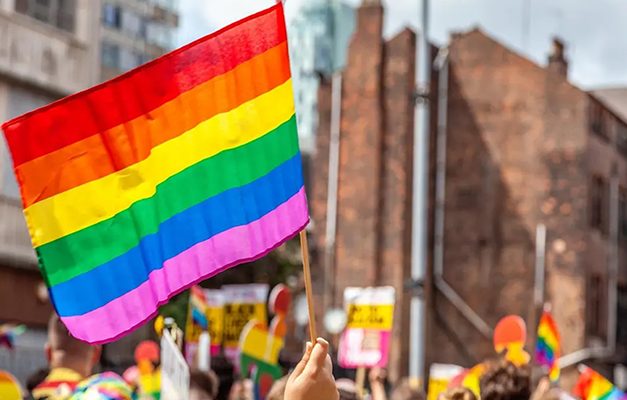